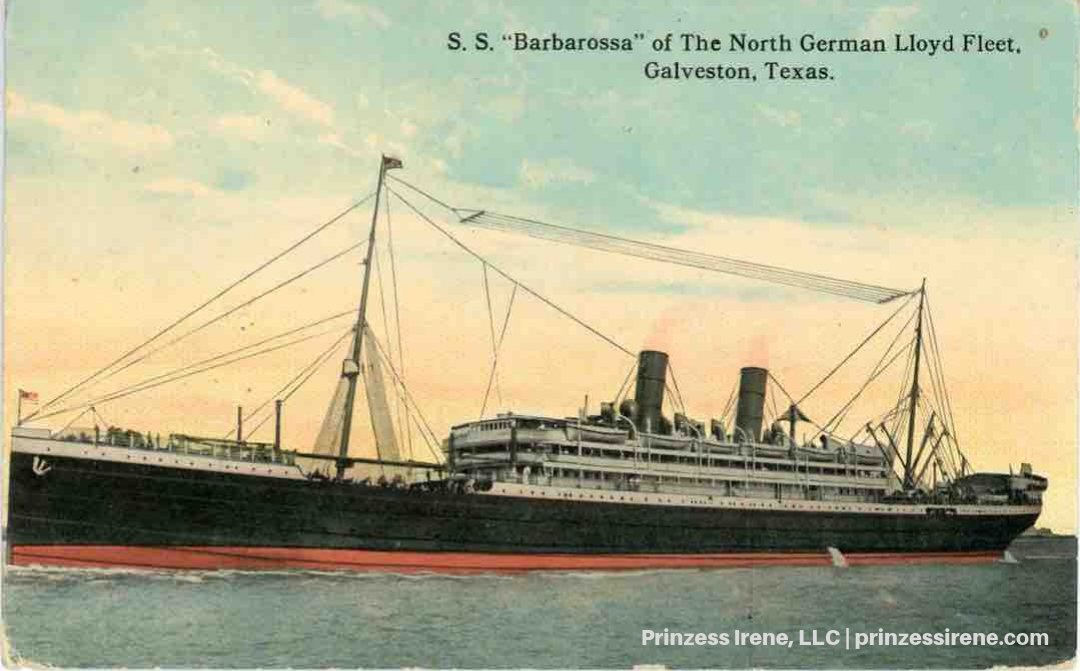 Barbarossa in port at Galveston, August 1907

Barbarossa was one of Prinzess Irene's sister ships.

The North German Lloyd shipping company launched the Barbarossa on May 9, 1896. The ship began its maiden voyage to Australia on August 1, 1897.

Built by the Blohm & Voss company in Hamburg, the Barbarossa had these specifications when launched:

Barbarossa’s passenger capacity was too great for year-round use on the Australian service, so it ran in the high season Bremen-to-New York and Mediterranean-to-New York (where Barbarossa often joined Prinzess Irene).

At the start of World War I, Barbarossa sheltered with Prinzess Irene at the North German Lloyd docks in Hoboken. The United States seized the ship on June 4, 1917, renamed it Mercury and used it for troop transport. 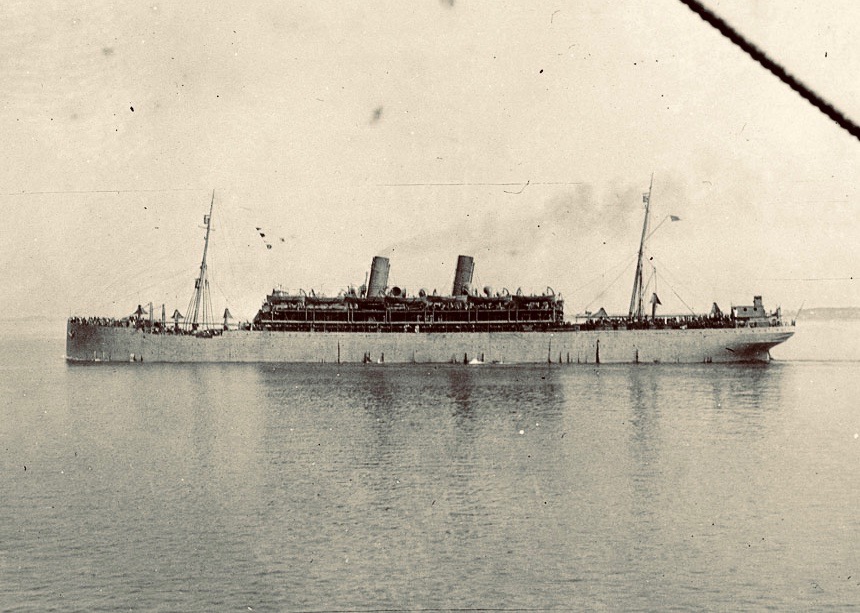 The Mercury did not return to regular commercial service after the war. It was broken up in 1924.