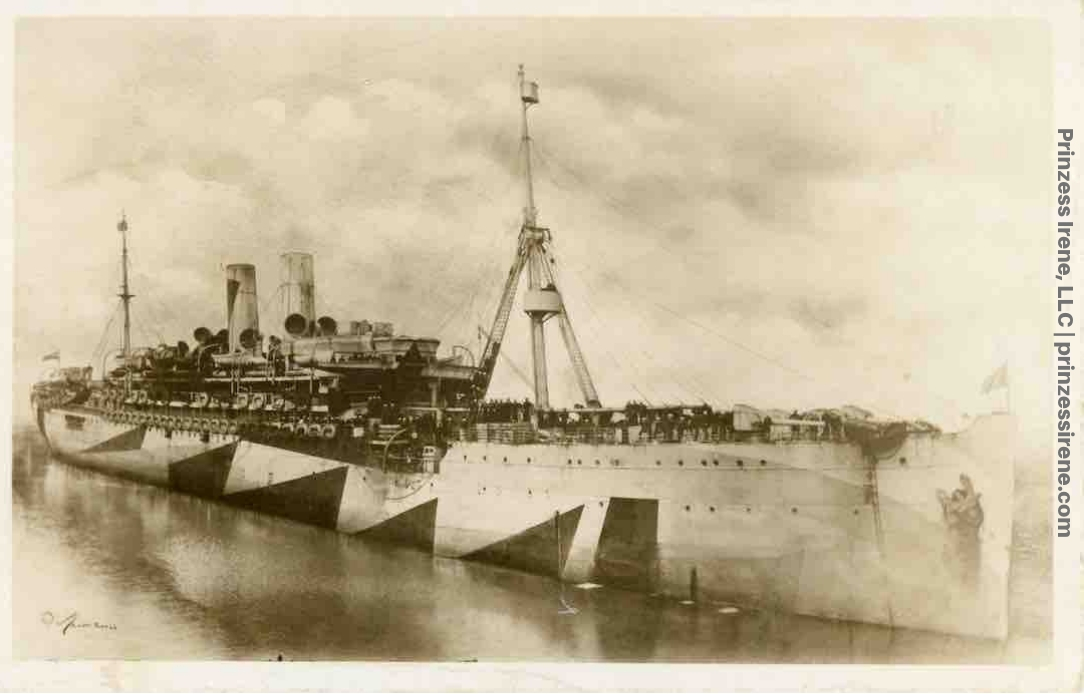 The front of this real photo postcard shows the Pocahontas in “dazzle camouflage.”

Many such postcards were made for the troops returning home at the end of World War I. The cards remain relatively common today.

What is uncommon about this particular card, however, is the little story added on its back:

This ship is the ‘Pocahontas’. The boat your Dad was on when he returned from France at the end of the first World War. Left Bourdeaux, France and landed at Newport News, Va. Made the trip in 13 days (and nights). Feb. 1919. 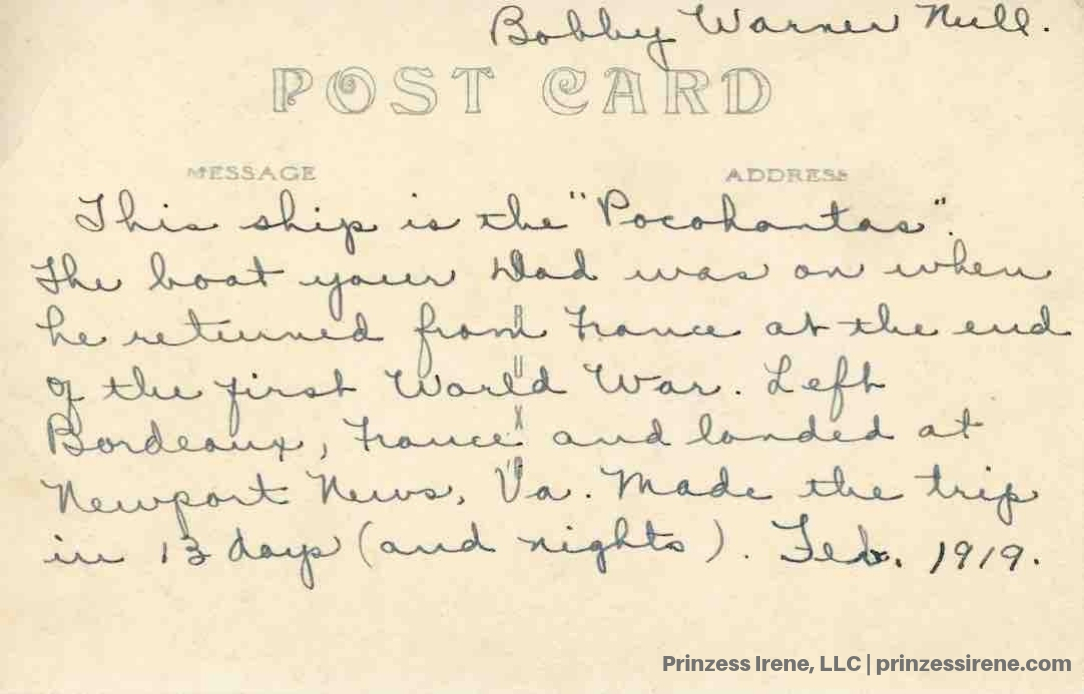