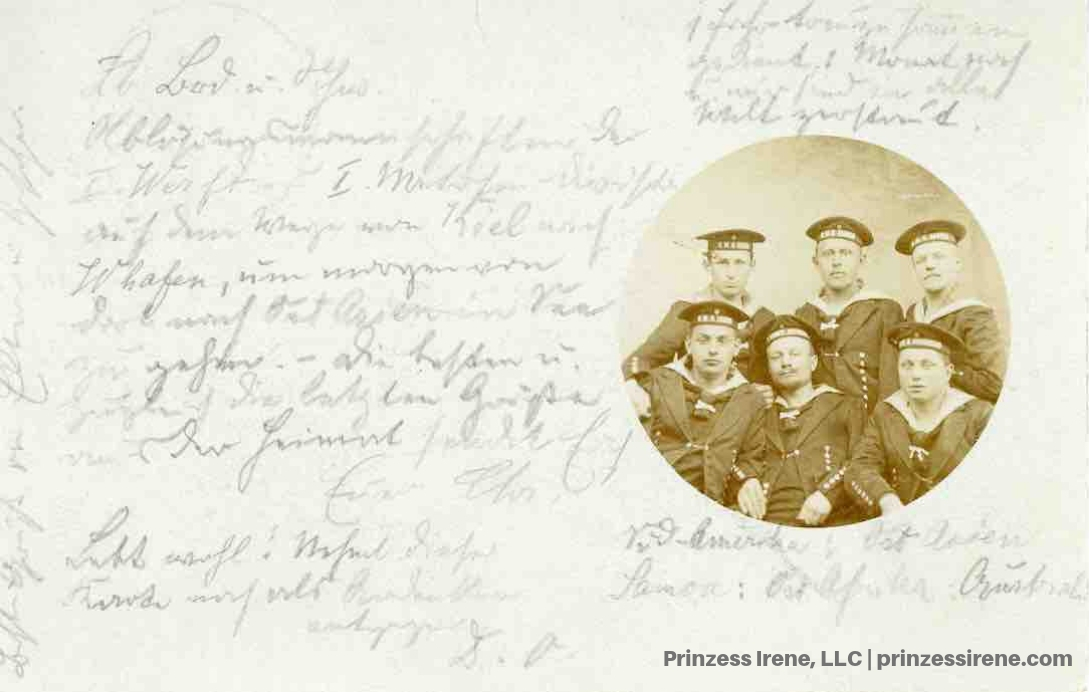 This postcard from 1901 reads near the bottom:

With some poetic license, one could say that the Franco-Prussian War put the “empire” in “imperial mail steamship.”

France was the dominant power in Europe by the middle of the nineteenth century. But Prussia challenged that dominance when it defeated Austria in the Seven Weeks War and emerged as leader of the German states. William I was King of Prussia at the time that war ended in July 1866.

King William’s prime minister, Otto Von Bismarck, promoted Prince Leopold of Hohenzollern-Sigmaringen (who was part of the Prussian royal house) as the next Spanish King. The French strongly opposed Bismarck’s move, fearing a closer connection between Prussia and Spain.

Although Leopold withdrew his royal candidacy in June 1870, hostility between the French and Prussians soon passed the point of no return.

Perhaps Bismarck did not plan the war. But, as a practical matter, the war furthered Bismarck’s goal of uniting the independent states in the south of Germany. With the French declaration of war, all the southern German states acknowledged their treaty obligations to Prussia and placed their troops under the command of King William.

As soon as the fighting began, the optimism of Napoleon III’s military advisors proved misplaced.

With superior numbers and organization, the German forces made quick work of the French. After several successive victories, the Prussians defeated the main French armies and advanced on Paris. They captured Napoleon III on September 1, 1870.

The Franco-Prussian war was over by the end of September, less than three months after it began.

The unified German empire began on January 18, 1871, when King William  was proclaimed German emperor at Versailles. 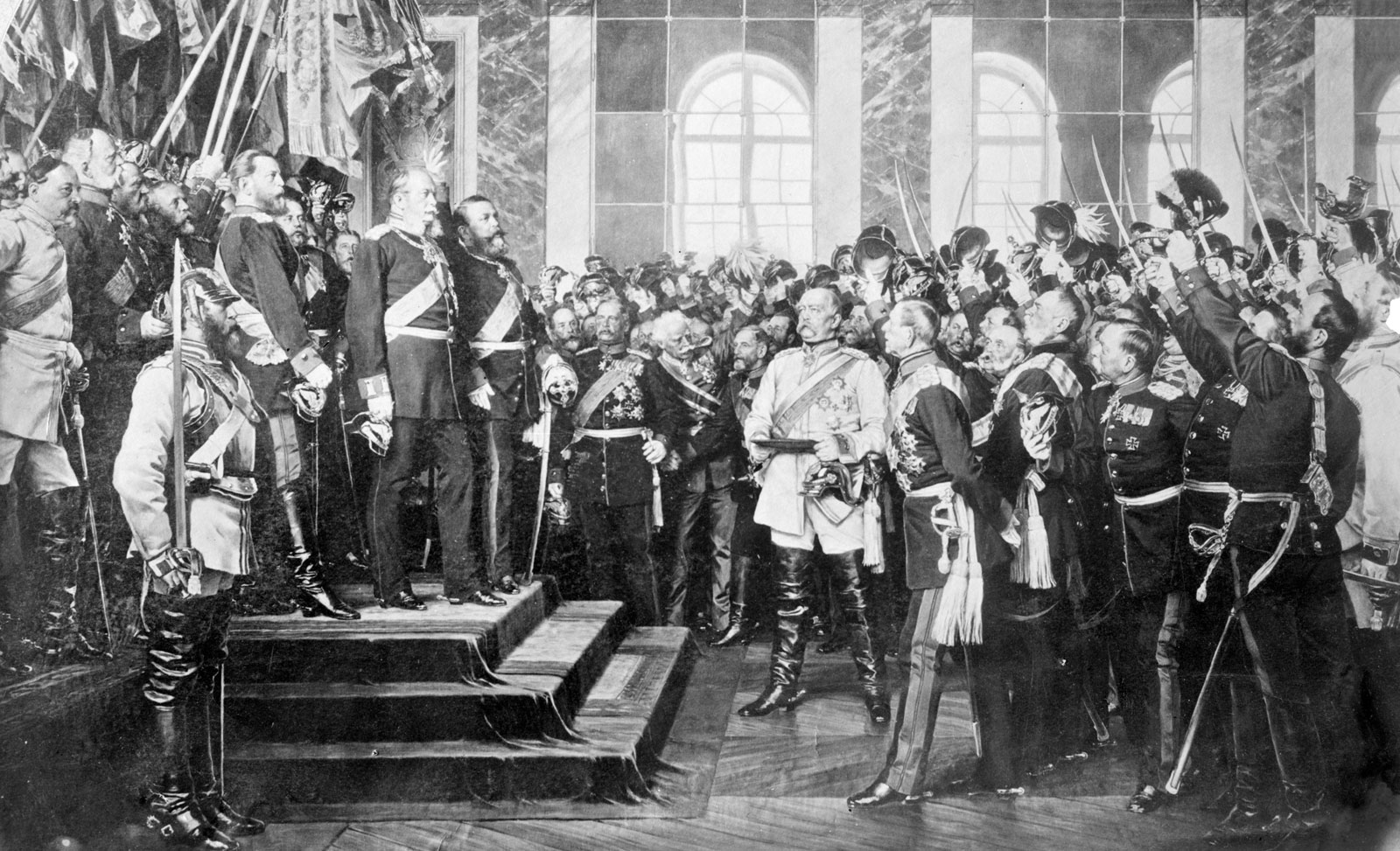 "Crowning of Wilhelm I of Germany." Courtesy, U.S. Library of Congress. 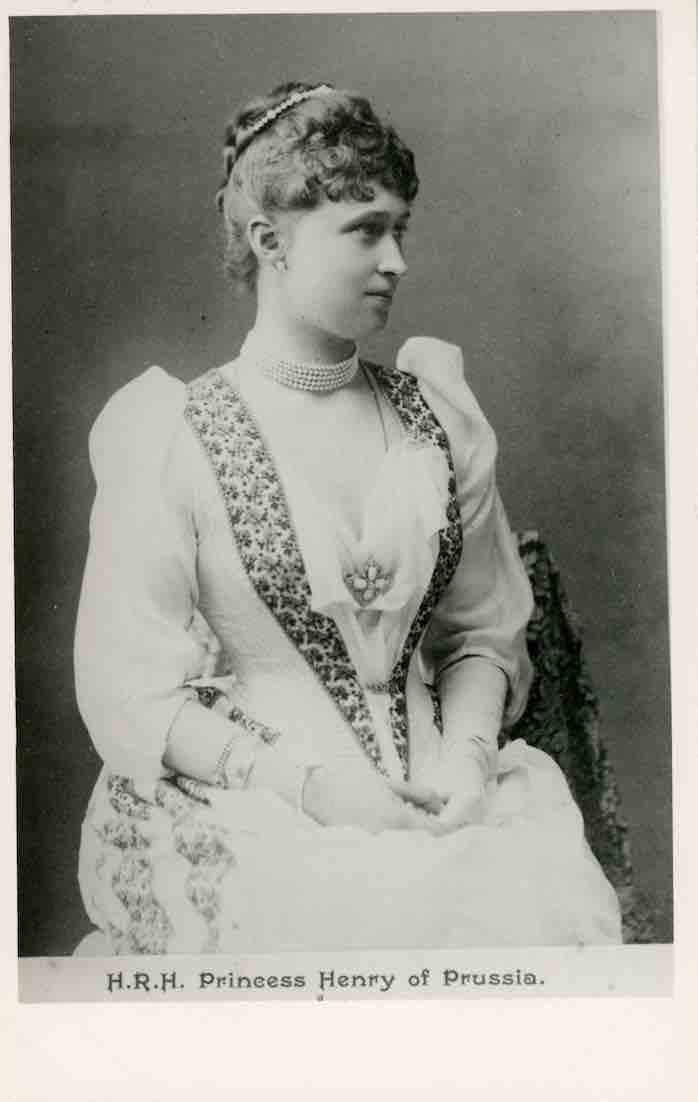 Born in 1866, Princess Irene was a maternal grandchild of Queen Victory and Prince Albert of England.

History tends to overlook Irene in favor of her two sisters – Ella and Alix – who both married into the Russian imperial family and were killed during the Russian revolution in 1918.

Irene was just 12 years old when her mother died following an outbreak of diphtheria in the family. Irene spent the next years, along with her sisters, under the supervision of Queen Victoria. She married Prince Henry of Prussia in 1888 and had three children.

Irene lived a relatively quiet life compared with many in her extended royal family. She died in 1953.